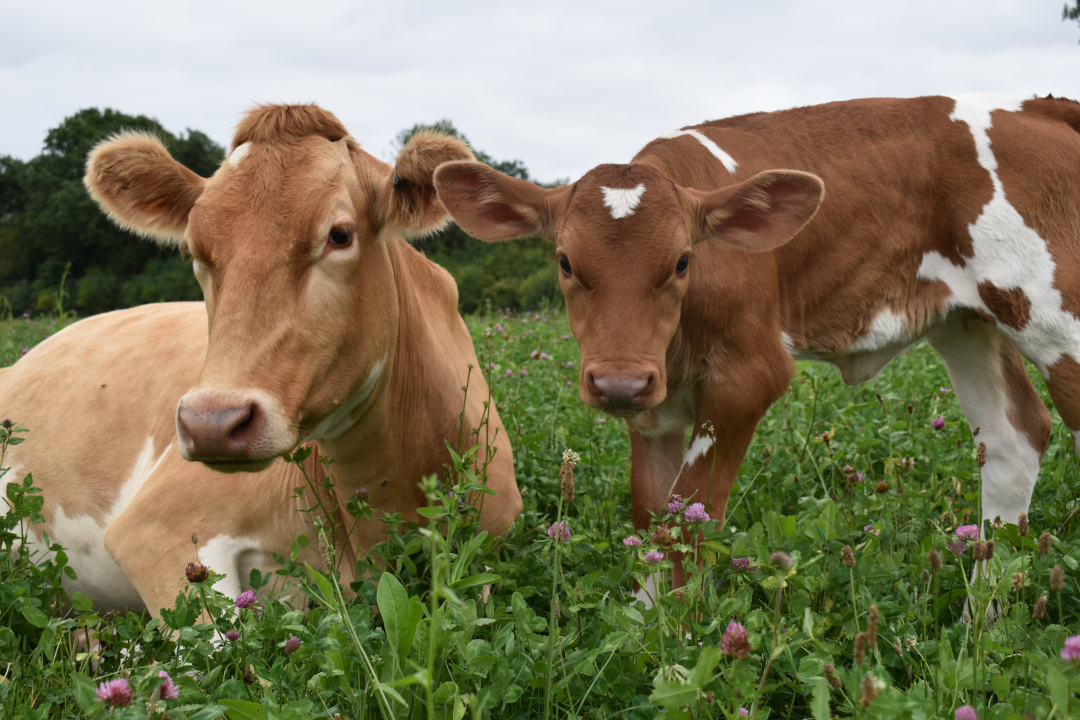 Bytham Float is made on our family farm in Little Bytham. The farm has been fully organic since 2001; the past 20 years in particular has been focussed on supporting everything that’s good about local food networks.

Float is the most recent addition to the range of things the farm produces and it is also the most rewarding. As well as being a way of sharing with people the values that the farm reflects and the special crops that we grow, it also allows us to work with some of the fantastic people running our local food businesses.

A little about us

We love our cows and because we grow some particularly tasty grass on the farm, the cows love being here. So how do the cows feel about this new, plant-based upstart treading on their turf?

Well, we’d like to think that they are actually pretty relaxed about it. Every bottle of Float means that cows don’t have to work so hard and we believe that what we have here is a pretty harmonious relationship.

Embracing plant-based drinks doesn’t mean we have to farm without animals, but it does allow us to look after them in a way that is very special, if not unique in this country.

The story of Float began in the kitchen of Joshua Coppersmith-Heaven as an experiment in creating plastic-free, local, plant-based milks. It has quickly grown into a business delivering over 400 bottles a week to Bristol homes. 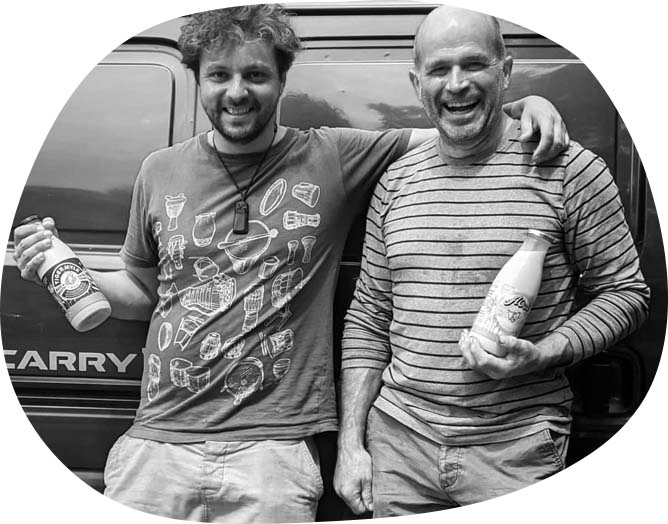 Joshua initially focused upon a plant milk using Tiger nuts, but a search of a UK-sourced supply of the nuts brought him in contact with Hodmedod who encouraged him to look at plants that were more ideally suited to our climate. Oats were of course the natural choice and so Float was born.

Since we grew the Naked Oats and Marrowfat peas that go into Float, it was only natural that we should want to become part of the family of local Float communities that Joshua would love to see springing up throughout the country. 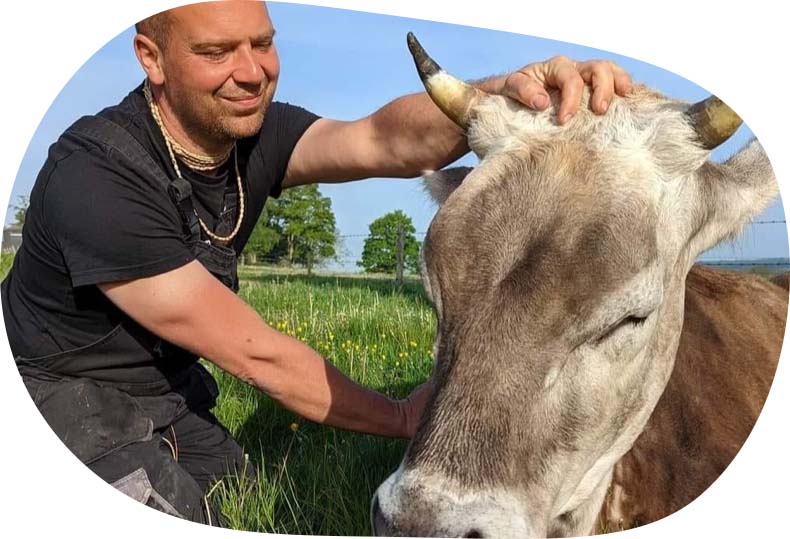 The Ahimsa Dairy Foundation are pioneering a radically different approach to the way we share our farmland with animals. Rooted within Vaishnavism and the Hare Krishna movement, the sanctity of all life lies at the heart of all their work and that is reflected in the life that they provide for their cows.

The milking herd comprises just 11 cows, but the milk from them is highly valued and goes to make a wide range of specialist products including their signature “Seymour” cheese. Their “no slaughter” model also extends to the male animals of course and the boys have an equally important part to play on the farm.

Although very much in its early days, we are exploring the potential role that Oxen can play in a post-fossil fuel model of farming. We hope that they will soon become an integral part of growing and producing the oats that go into Float and in so doing, play an equally important part in producing food from the farm as the dairy cows.

Suffolk-based Hodmedod are true pioneers and very much at the forefront of reconnecting food culture with regenerative farming. 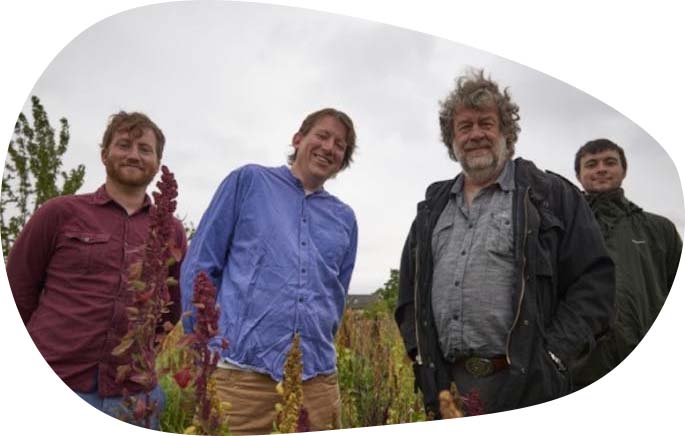 Josiah and Nick have a long history of involvement with local food networks and Hodmedod emerged from a careful look at how a city like Norwich might feed itself. They found that Fava beans, a valued food crop throughout the Mediterranean, were grown in this country simply for animal feed. So they set about changing perceptions and encouraging farmers to think about the possibilities of a much wider range of food crops. 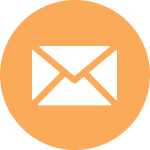 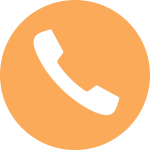